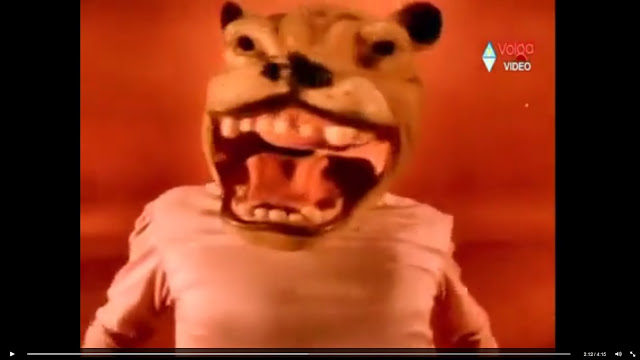 Listen and watch the video!

It is said that music is an international language.   There are also archetypes that transcend the barriers of culture,  language, and time.   This kind of communication can be found in even the most low budget and campy of films.   Lo and behold, around the 2:15 minute mark in this delightfully toe tapping colorful Bollywood Extravaganza (Adavi Donga, 1985), we find a brief cameo of our favorite universal villain, accompanied with the leitmotiv used straight out of the silent film era, a tremolo fully diminished chord fermata, briefly interrupting the happy-go-lucky bouncy tempo.

Thank goodness, as far as we can tell, not being able to understand fully the Telugu dialect from India, all seems to end well.  It does however, cast a continued doubt on the claim of the tired mantra used by pit bull advocates: "in the 70's it was the German Shepherd, in the 80's it was the Doberman, in the 90's it was the Rottweiler". The choice of the dog cast into the role of the villain suggests that in  India circa 1985, the dog with the "bad rap" was some kind of ugly dumptruck gripper that looks neither like a German Shepherd nor a Doberman.
Posted by Meals on Wheels at 10:16 AM 2 comments: 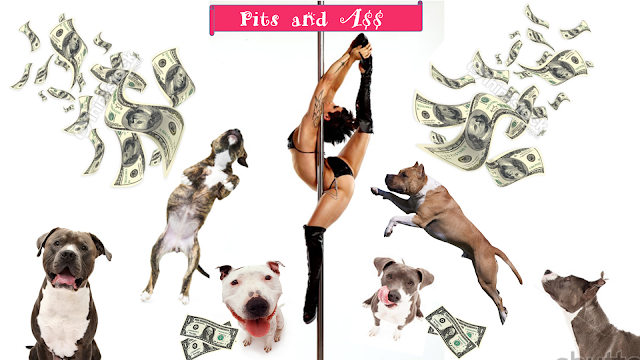 We understand it completely. 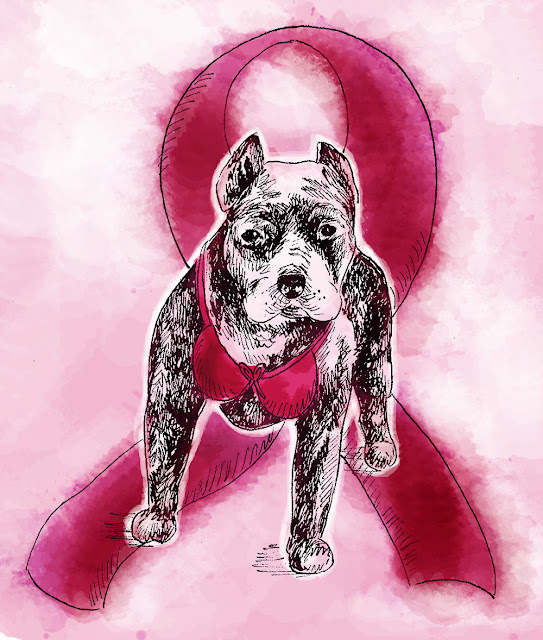 Perhaps they don't know about the woman who lost part of her breast in a pit bull attack.

We Simply Must Save them ALL!

Pit bull advocates claim there is a media bias when it comes to news reports about pit bulls.  They also claim that the media incorrectly identifies pit bulls, especially in the serious and fatal maulings of animals and people, which they do frequently.

Another type of media report that happens daily is when  someone's sweet pibbly wibbly got shot by law enforcement. Is this just continuing the trend of the media's role in "fear mongering"?  Or, does it suggest that there is some other agenda, casting the police as trigger happy,  creating more outrage toward those hired to protect the safety of the public?  Or, are  they making gestures toward reparations of the image that according to pit bull advocates, they have created,  unwittingly inspiring more outrage towards the police and another wounded or dead pit bull martyr?

It seems these days, after one report of pit bulls being pit bulls or some cop goes bang bang on a pit bull running amok, there seems to be two of the third kind of media report about pit bulls.  Maybe a smattering of two, three, five.  Perhaps there is a nutter on staff who will provide the "balance", and will crank out one of these kind of stories designed to tug at the heart strings of all, even those of the "hater" types.

This kind of media report that seems to feature some poor abused pit bull, which of course do not exist and no one can correctly identify.

At twenty pounds and with no face, can we tell this is a pit bull?

"Let's save the 20 pound  two year old  emaciated dog who  is missing upper jaw is the result of unknown trauma, who also has a fractured pelvis  which has caused limited use of her hind legs. In addition, she has multiple litters of puppies. Her injuries are consistent with having had been used as a bait dog when she no longer was needed for breeding.  (That's right, dog fighters feel the need to breed more curs and bait dogs, that's how it works!) For now, Khalessi has been prescribed a special diet, and plans will be made for future surgeries to help her walk and make her aesthetically more pleasing.   Donate today."
In a politically correct world, this type of story should shut of those naysayers who claim that,  these dogs are dangerous and should be banned or at least regulated.   But THIS dog, poor thing, look at how abused it was, you suggest a humane needle of sleepy juice,  you are MEAN!  Let's let this tortured creature live on, because it's humane!

Meanwhile, this kitten, healthy and sweet, was euthanized because there was no more room at the shelter, and for some odd reason, rescuing a healthy kitten  doesn't make one feel better or like so much of a hero as a emaciated pit bull, former bait dog and breeding bitch, who is missing half her face, needs several procedures in order to walk, and will need special food for the rest of her life. You'll be a hero, taking her out to poop.   You can write a book on it and maybe be able to promote it on the Rachel Ray Show. Caching!

Goody Goody for you!

Why Did the Chicken Cross the Road?