What Kind of Pit Bull Are You? Take the Quiz! 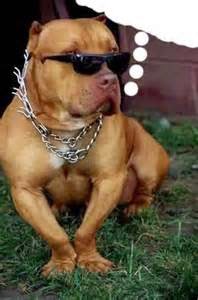 I ran into this ridiculous test to find out what kind of pit bull I am.  I turned out to be the rapper, Pit Bull, not a real pit bull, WHEW!

Pit Nutter Circus thought we would get into the fun, so we created a test and find out just what kind of REAL PIT BULL you are!  Or you can take it on behalf of the pit bull that gave you a lesson on what it means to be a pit bull.

It's been removed!  WINNING!  Not to worry, reposted below, scroll down. Viva la Freedom of Speech! 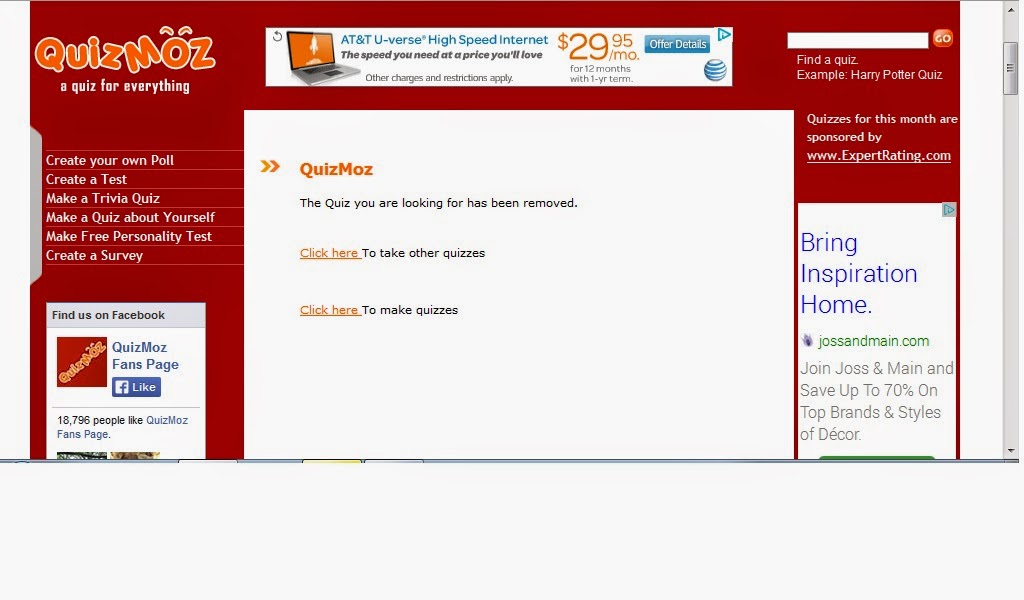 What kind of pit bull are you?


Reposted here for your amusement, with a nod to the serious! Take out a notepad and keep score

for every A answer, give yourself one point
For every B score 2
for every C score 3
and every D answer scores 4. All you Cosmo readers will have no problem with this.

3.  What activity do you most enjoy?


B.  I wish I could walk, it’s hard to breathe
C.  Defending my bone and snacking on children
D.  Tasting children to see if they are ripe yet
4.  Do you have any special talents?
A.  I would fight another dog like me to the death despite    having my ear or leg torn off
B.  I have this very large head.  Homies be saying “Damn, that dog has a large head”.  I add at least an inch to the manhood of my owner.
C.  Multitudes of people world around the world donated thousands of dollars to the “Lexus Project” for my legal defense, and I have a Causes page, a facebook page, and I've even been on the news!
D.  I am able to live in an apartment complex where no pets are allowed, and where pit bulls are banned, because my fur mommy claims I’m a “therapy dog”.

5.  Describe where you live:
A.  Way out in the Hollers of Ohio
B.  Los Angeles
C.  Maricopa County Jail, Arizona
D.  Maimi Dade County, Florida

6.  If you were “somehow” able to escape, what activity most appeals to you?
A.  Attacking anything that moves
B.  I wouldn’t be able to make it out the front door.
C.  Eat a child
D.  Maul the Dachshund next door.  You know, they are the most aggressive dog out there!

7.  Describe what you are wearing right now?
A.  A very large chain and lots of battle scars
B.  An expensive studded collar
C.  A costume, I’m posing for the web cam!
D.  A “Therapy” Dog vest and a prong collar
8.  Favorite Accessory
A.  Spring Pole
B.  Rape Rack
C.   Attorney from the Lexus Project
D.  Tutu and small children
9.  Favorite snack
A. Pit bulls
B.  Chain link and "Mega Bully Supplement"
C.  I used to like bones, now I like children
D.  Aggressive Yappy Dogs

10.  The most likely way you will die

A.  I will lose a dog fight
B.  I will vomit after copulation, and die of asphyxia
C.  I will live to a ripe old age at the sanctuary, or will get “stolen” while under the care of some foster fur momma,  and it may take a while 'til there is an investigation to see what really happened to me.
D.  I will be shot or stabbed by the next door neighbor while dining on Dachshund.

I.  If your score is between 10 and 15, you are a GAME BRED PIT BULL.  If you and your spawn keep winning, you may fight or be retired and breed more of your kind.  Your curs may end up as being used for breeding stock of type 2 "pit bulls" .  Should there ever be a raid on your fighting ring, you may end up as type 3, used on ASPCA commercials to raise “awareness” and funds, especially if you survive missing ears or a leg, and have lots of battle scars.   If you don’t attack a human at the shelter you just may end up as type 4 and spend the rest of your life tasting children, snacking on neighborhood pets, and wearing tutus. 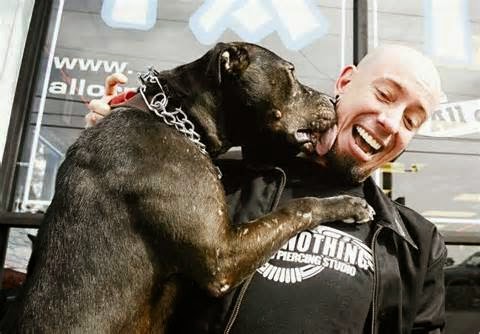 II. If your score is between  16 and 25, you are not considered to be a pit bull by hard core pit bull fanatics, but likely your owner has one of these bumper stickers on his pick up truck with really big tires.  You are one of those poor genetic mutants known as an AMERICAN BULLY. 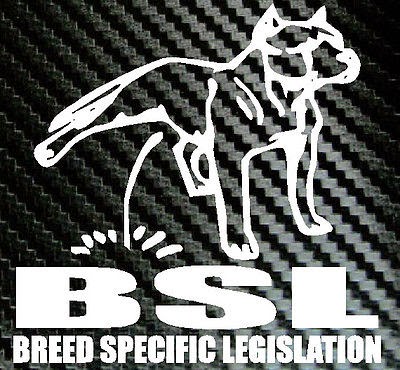 III. If your score is between 26 and 35, you are a TYPICAL CUR that maybe once or twice displayed your genetic heritage.  Most of your kind ends up being turned in to be euthanized at the shelter by an owner who realized they couldn’t handle you, or when you “somehow” escape and are caught as a stray by animal control.  Should you attack a human, and cause fatal or serious injury, and get some media attention, there may be a campaign to save you, and you may end up raising quite a bit of money for some attorneys who work “pro-bono” for the Lexus Project. 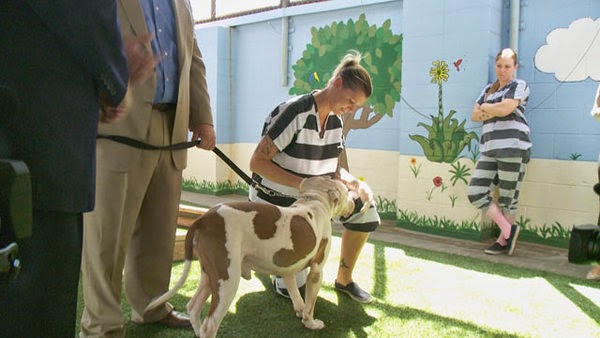 IV.  If your score is above 36, you are a PIBBLE or a PITTY, essentially a prop to heighten the self-esteem of a well-meaning college educated pit bull activist.  She may work as a vet tech.  In her spare time, between taking you visiting the hospital or the  library or a "kissing booth" at Pets Mart, she may go online and attack the character of anyone who dares to warn people of the dangers of pit bulls and supports BSL policy, all the while, lets you test the “nanny dog” theory with her own children.  You may be the most dangerous type of pit bull there is, because your owner is not willing to admit what you are. 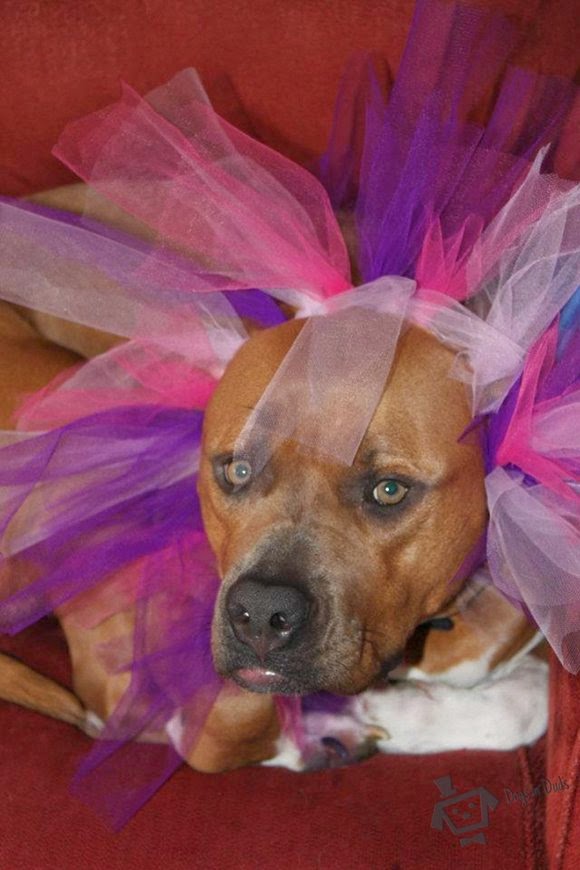 Talented Pit Bull of the Day

Pit Bulls and their derivations are often used for the "sport" of weight pulling, but really, there is a practical application as you will see in this video.  Of course, mules do this better, but alas, in most cases, they are banned.


Posted by Meals on Wheels at 2:15 PM No comments: 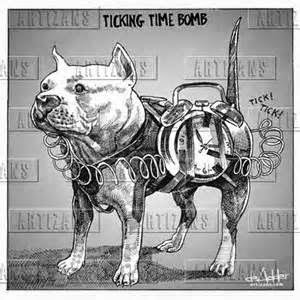 Stranger than fiction, a pit bull owner walking with a pit bull AND a LIVE HAND GRENADE!  Talk about a double whammy!

Jersey City police said a man tried to hand a firefighter a live grenade outside a firehouse at 468 Ocean Ave. in Jersey City on Sept. 9, 2014. Michael Dempsey | The Jersey Journal Michaelangelo Conte | The Jersey Journal
A suspected live hand grenade found outside a Jersey City fire house last night ended up there after a man walking two pit bulls tried to hand it to a firefighter, police said.
At around 6:30 p.m., the firefighter told police that a thin man wearing a red hat and walking two large pit bulls approached him outside Jersey City Fire Company 4 at 468 Ocean Ave. and attempted to hand it to him, the report stated.
When the firefighter refused to accept the apparent explosive, the man dropped it on the sidewalk and fled south on Ocean Avenue, police said.

The grenade, which still had its pin attached when it was found by police on the sidewalk in front of the fire house, was later "disposed" of by the Jersey City Emergency Services Bomb Squad, police said.
The firefighter told police the man was about 6 feet tall and was wearing a bluish gray jean jacket, the report stated.

Santiago Rodriguez, who works in the grocery store next to the fire house, was in the store when authorities shut down vehicular and pedestrian traffic in the area while responding to the scare.
"The fire department came in and made us leave," he said. "We didn't see anything. It was very scary."
Posted by Meals on Wheels at 12:02 AM 1 comment: 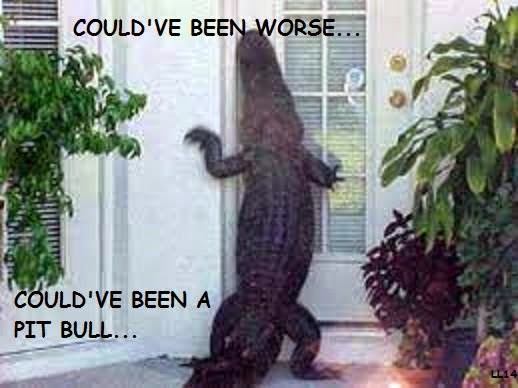 An alligator emerged from an Orlando lake Monday morning, attacked a pit bull and dragged it back into the water, the dog's owner told state wildlife officials.  (Don't miss the comments, they are a hoot!)
Eric Mantral Glover was walking his 10-month-old pit bull around Deerock Park in west Orlando before the incident, Florida Fish and Wildlife Conservation spokesman Greg Workman said.
"He started throwing a stick into the lake for the pit bull to retrieve," Workman said.


Later, an alligator, estimated to be between 8 and 11 feet long, came out of the lake and attacked the dog, pulling it back into the water, Workman said.
Glover was unable to find his pet.

R.I.P. Mr. Pibbles
FWC was called to the scene, and a permit was issued to a trapper, Workman said. As of 3:15 p.m., the trapper has been unsuccessful in capturing the gator and is leaving the scene. The search will resume late tonight or early Tuesday, FWC officials said.
More than 1.3 million alligators are thought to live in Florida, and gator bites are uncommon. Some bites occur because of "accidental collisions" such as swimmers bumping into alligators, according to FWC.
Florida Fish and Wildlife Conservation's website notes that dogs and cats are similar to the size of the natural prey of alligators. It suggests that pets should not swim, exercise or drink in waters that might contain gators.
On Aug. 7, 9-year-old James Barney was enjoying a swim in Lake Tohopekaliga when he was bitten by an alligator estimated to be 9 feet long and 500 pounds. The boy suffered superficial bites, as well as 30 teeth marks and scratches.

Wildlife officials report 12 people were bitten by alligators in Florida last year. Five of those bites were considered minor, seven were major and none was fatal.Actually, more people are bitten and killed by pit bulls every year.  Thank you Justice Gator!

Here at Pit Nutter Circus, we offer treats for Gators, inspired by the Gator Jerky Treats for dogs, available at our gift shop in the sky! Here's toasting to Justice Gator and the concept of shadenfreude,  so many of us would like to build a moat and fill it with some Justice Gators of our own! 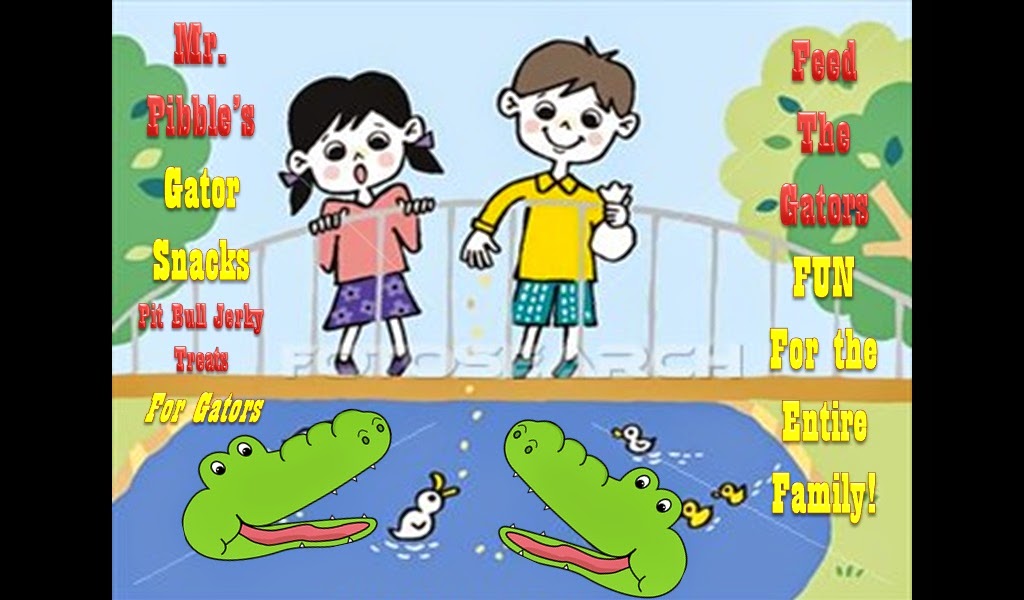 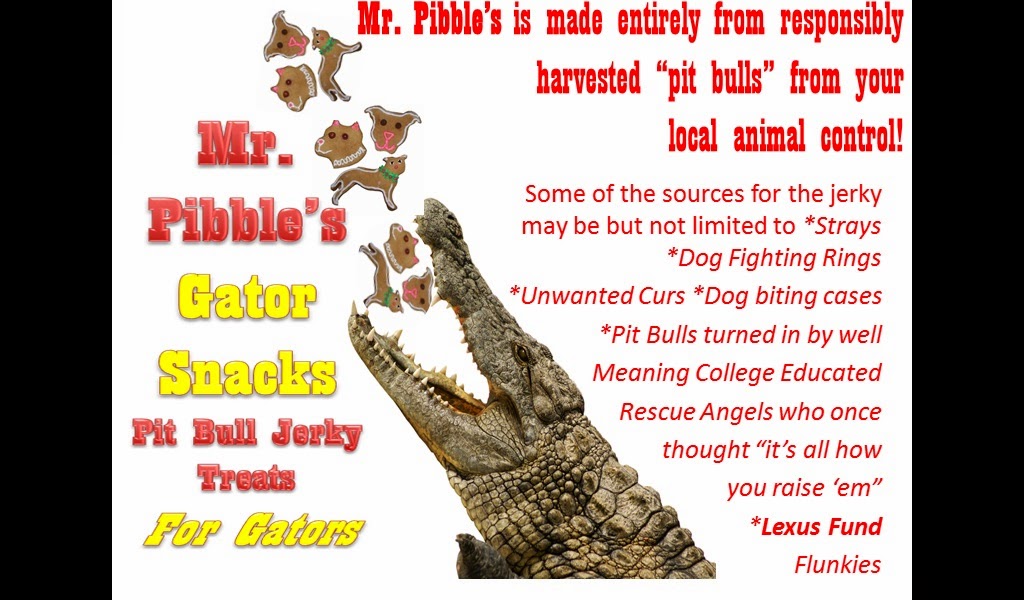 For all of our pit bull owning fans, here's a song for revenge... listen to the song Alligator Eatin' Dog!

More comparisons and news stories involving pit bulls and alligators, click here.
Posted by Meals on Wheels at 10:40 AM 11 comments: