Just in time for PIT BULL AWARENESS MONTH and HALLOWEEN (and continuing on with Dia de los Muertos) here are some wonderful costume ideas modeled by the pibbles owned by the pit bull tribe of facebook!  Enjoy! Chilly Willy doesn't feel he needs a devil costume to scare the kiddos. 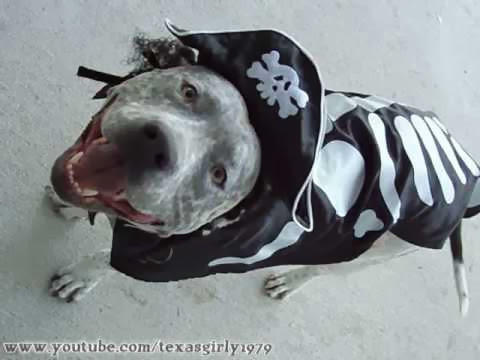 Sharky the Land Shark has been pillaging and plundering for years. Watch out for your fingers, he's not after your candy. 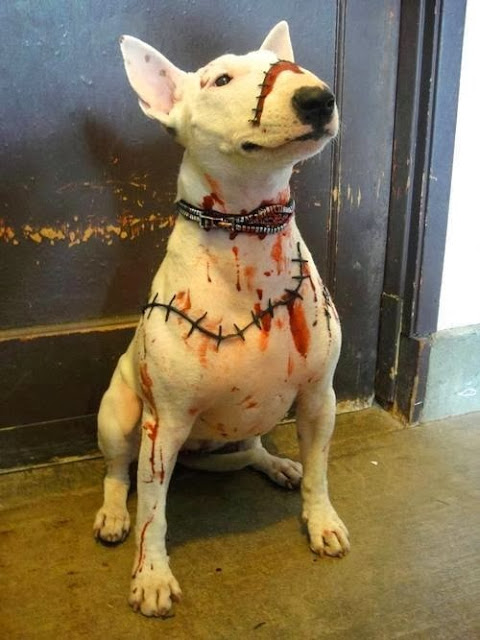 Plucky Pup Ozzy decided to dress as a victim of
a pit bull attack this year. 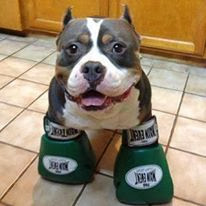 After eating the ear of a dog at the Shutzenhund meet,
Boom felt like Mike Tyson! 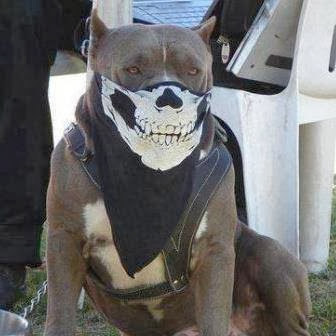 Fluffy Britches thinks to herself...."what's more frightening...my costume, or what lies beneath?" 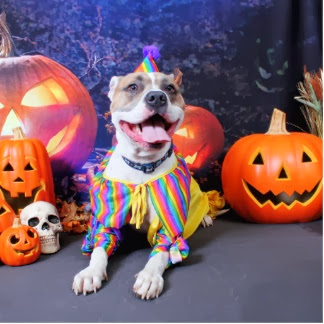 Chilly Willy goes as his alter ego, John Wayne Gacy, once more.
Clowns scare the bejeezers out of me! 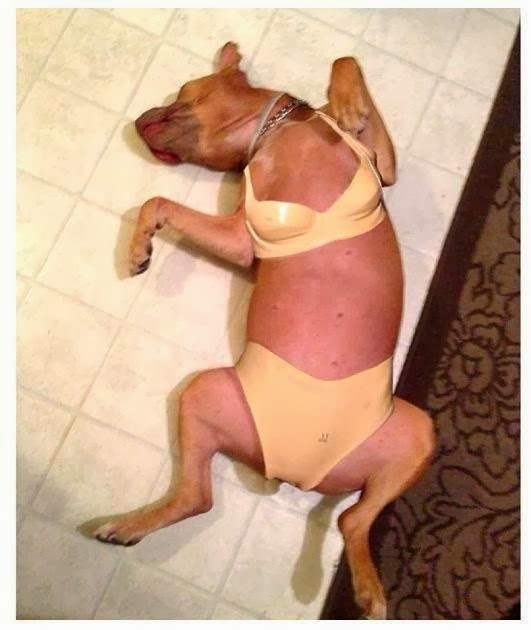 Luna appears again, this time dressed as Miley Cyrus.
She is quite the wrecking ball, and enjoys spring pole time! 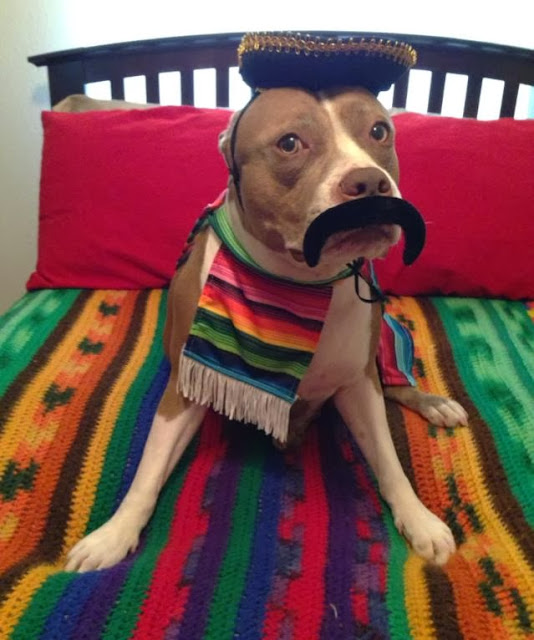 Aye Carumba it's Chilly Willy Chile con carne!
He ate one of those really mean Chihuahuas,
and THIS is what happened! 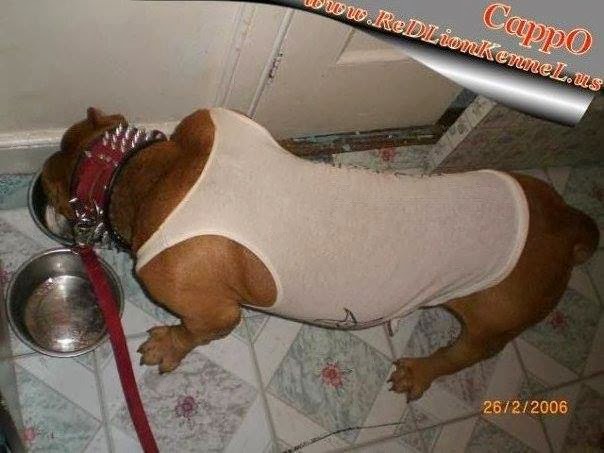 Pimpy Do Dah dresses just like his fur mommy's honey! To get some action,
Pimpy Do Dah's fur mommy's honey dresses
like Pimpy Do Dah. Trinity invokes Donny Darko with this get up.
Having a set of ears is something new to her. 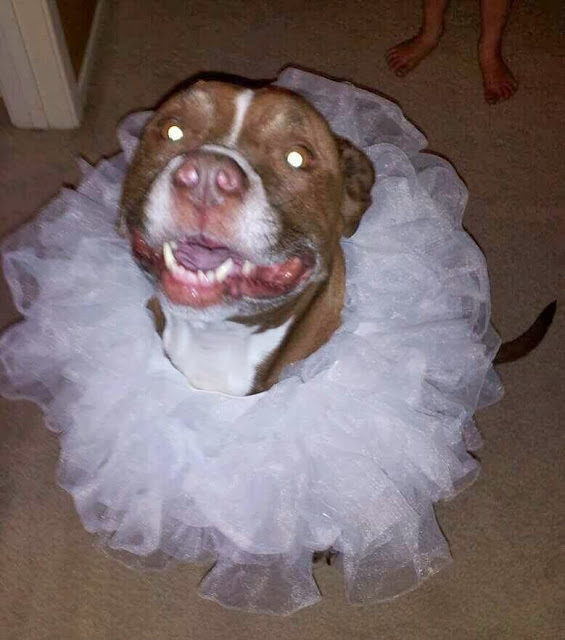 Luna reappears as the White Swan,
but the Black Swan is in her eyes.
She ate the prima ballerina after the first act. 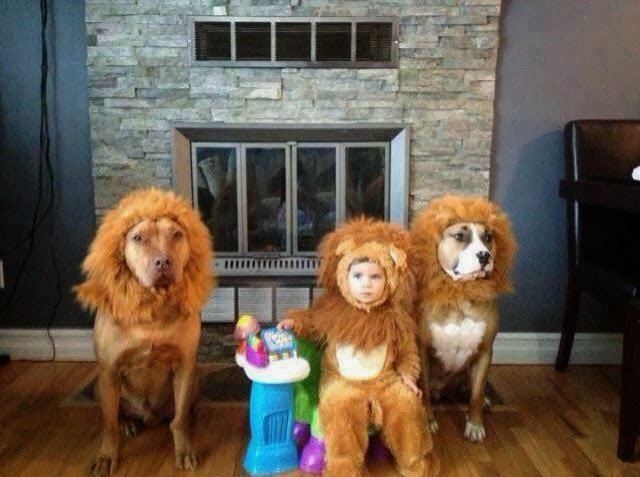 Chilly Willy and Luna wish they could be as lovely as Lions,
or Chows, (who come with their own Lion Costume)
but you need a costume to hide all of that.
The costume tells more about the owner....
he fancies himself as a Lion Tamer.
Get a lion, and insist..."It's all how you raise 'em!" Pimpy Do Dah appears once more, as the Grim Reaper.
He doesn't need a costume for that. 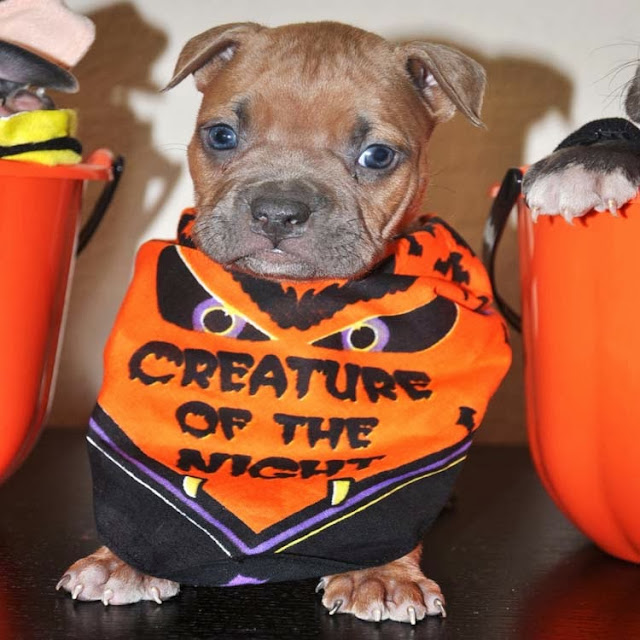 Take a weapon with you when you Trick-or-Treat.
The creature's looking for things to eat!
Trick-or-treaters, do beware!
These days, there are real monsters out there!

Happy Halloween!
Posted by Meals on Wheels at 5:22 PM 3 comments:

It is officially Autumn time, and nothing brings in the season like setting aside some idle hours, to create away by the fireplace!  Your garden is all tucked in for the winter and pibbles at your feet (take care of those tasty tootsies!), it's CRAFT TIME!   Create some cutesy wootsie kitschy crafts to make for the craft fair or to that Pit bull awareness event...can we say FUNDRAISER for pibbles!!!  Of course, they make great gifts, you can shove your political agenda of owning fighting breeds down the throats of your nay-saying relatives! 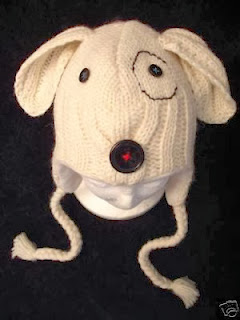 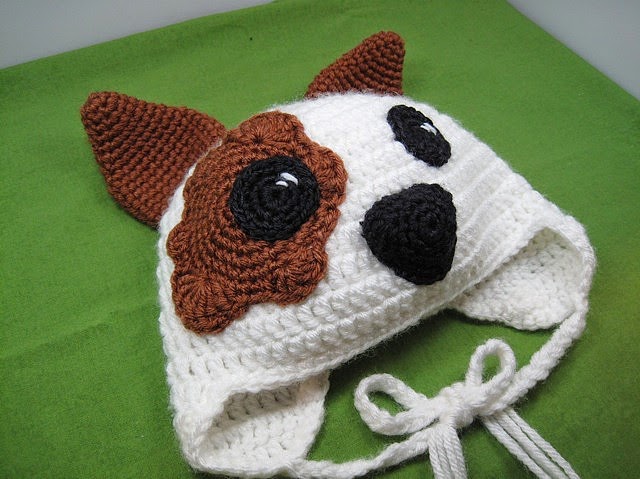 Uncanny in their portrayals in yarn, pit bulls seem to go right for the scalp!  It is not known whether or not these charming knit caps will actually protect your child from a scalping, or if it may in fact, trigger a scalping! In this vintage Ken Costume, we find the only evidence that Dobermans were the bad-ass dog of the seventies.  Proof of it, an anatomically correct doll suffering from a severe case of fragile masculinity issues.  But wait, this doll has got the cajones  enough to rock a crocheted suit!  These suits are also great on G.I. Joe!  Creative knitters can easily adapt the Doberman pattern to make them into pibbles, just make the ears a wee bit shorter, and insert some little beady eyes to make them look appropriately reptilian like a pit bull! 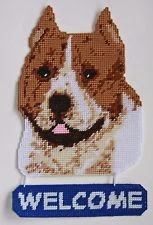 This will be heartwarming for your postal carrier, or a good warning.  We used this for lawn dart practice, until lawn darts were banned. 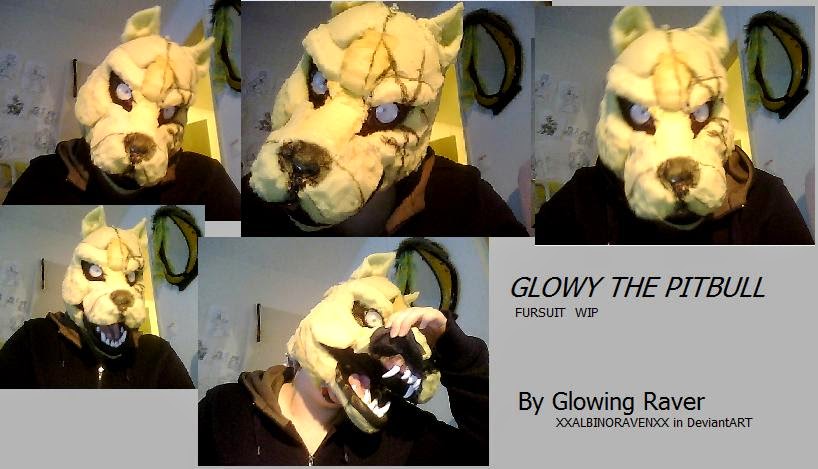 Do you volunteer to read to the children at your public library or school?  If you can't bring your therapy rehabilitated rescued bait pibble with you, a life-like mask will be the next best thing!  Think of the impact it will make to a reading of Galunker! 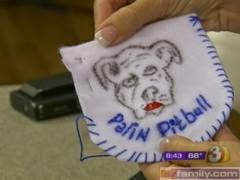 Make these cute little purses for all of your Republican pals!  If they can accept Palin, there is hope for pibbles!  Hope AND a handy place to keep some change! Perhaps you have a sensitive new age friend who would never use a plastic or paper shopping bag.  People of this sort are usually vegans, vegetarians and/or animal rights supporters too...perhaps you can get them to help you in those "causes"  to save dogs that maul and kill people, and oppose breed specific mandatory spay and neutering policies .  If you don't tell everything you know, the message will sound politically correct enough for them to join in their support without too much scrutiny!  This has multi-cultural appeal as well, Badabing, you have achieved a political ly correct trifecta with this whimsical bag! 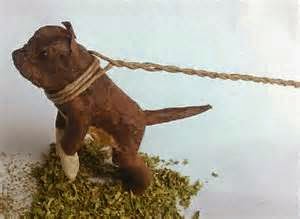 This charming game-bred sculpture may look even cuter with some  candy corn poo.  OR, imagine adding him to the cast of your holiday decor....how adorable he would look,  at Santa's knee, welcoming the kiddies... or in a creche scene, protecting the baby Jesus.   I feel a children's book coming on..... 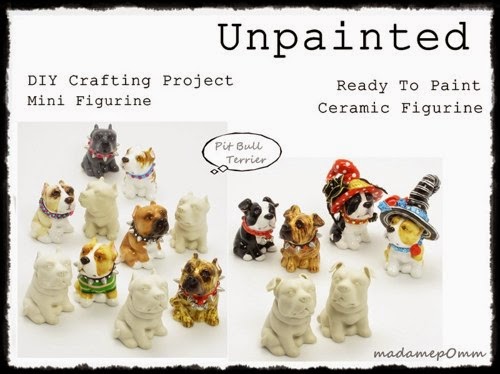 The pit bull tribe of  facebook fur-mommies can give their spawn a great introduction to the joy of creating arts and crafts and pit bull thug culture, promoting hand-eye coordination while they STILL have hands and eyes! Of course, this activity will keep the brats out of fur mommie's hair while she concentrates on capturing screen shots to share with the tribe.  One would think a "Nanny Dog" should suffice enough entertainment for the tots. 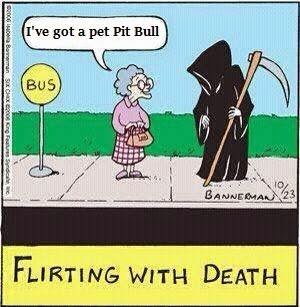 Posted by Meals on Wheels at 7:35 PM No comments: