The Guggenheim Museum in New York City is facing backlash from critics and animal rights activists over an exhibit featuring a video of dogs trying to fight.


In the 7-minute video titled, “Dogs That Cannot Touch Each Other,” eight American pit bulls are seen trying to attack each other while on a non-motorized treadmill, but they never actually make contact, the New York Times reported.
The Guggenheim announced Thursday that the artwork will remain, despite pleas from activist groups that the video's content amounts to .
“We recognize that the work may be upsetting,” the Guggenheim said in a statement on its website. “The curators of the exhibition hope that viewers will consider why the artists produced it and what they may be saying about the social conditions of globalization and the complex nature of the world we share.”
The video is from a 2003 staged piece from a Beijing museum, and “contrary to some reports, no fighting occurred in the original performance,” the says.
“Dogs That Cannot Touch Each Other” is just one of more than 150 experimental and conceptual works to be featured in an upcoming exhibit called, “Art and China After 1989,” that begins Oct. 6, the .
Sun Yuan and Peng Yu, the video's creators, are known for obscure and somewhat disturbing pieces of art. They defended "Dogs" in an interview last year.

“Where is the soft spot in all of this?” Ms. Peng said. “Were the dogs being abused? The answer should be no. These dogs are naturally pugnacious.”
Peng argued the artwork shares a similar message as the Beijing Olympic Games in 2008, and the purpose of the “is the conversion of into regulated competition.”
“In fact, human nature and animal nature are the same,” she   added. 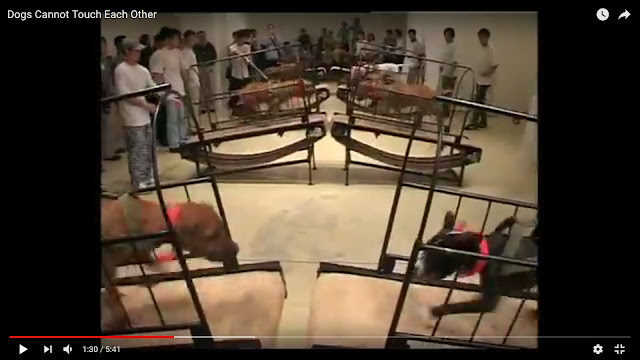 Here is the link to the art film. 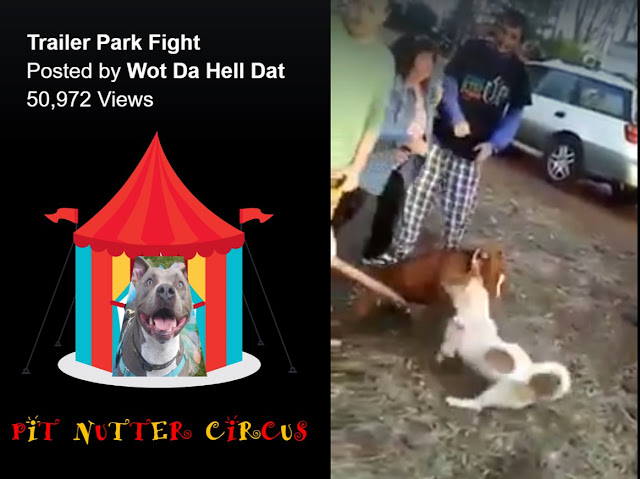 Posted by Meals on Wheels at 7:15 PM No comments: