Warning
Graphic photographs
Do not proceed if you are sensitive!


There seems to be a never ending tug of war of the kind of reporting done by the media on the subject of pit bulls.   Notice that after a pit bull related fatality, some news outlet such as the Huffington Post will publish some photo essay of pit bulls donning tutus, pajamas, or wreaths of flowers, often accompanied by some rescue group's effort to clear the cages at the shelter and lure the well meaning to go out today and adopt a pibble.     Perhaps it's the pink stains that result on the once snow white bibs that many of the maulers seem to wear, that inspire a "journalist" to put on their rose colored glasses.  Here is yet another collection of pit bulls post maul "Cherry Blossom and Apple White" portraits....Pittys painted with blood.

As an antithesis to all of the puff pieces, here is a collection of photos, capturing a pit bull, in a moment of time.  The victims of these dogs, will continue to endure many more moments of their own, likely a case of PTSD as they heal,  that is, if they survived the effort of the pit bull to "lick them to death".  A snapshot of a moment of time may be worthless to prove anything, but which one has more weight....cute photos with a pit bull wearing pajamas while propping up a juicy little baby human, or one of these? 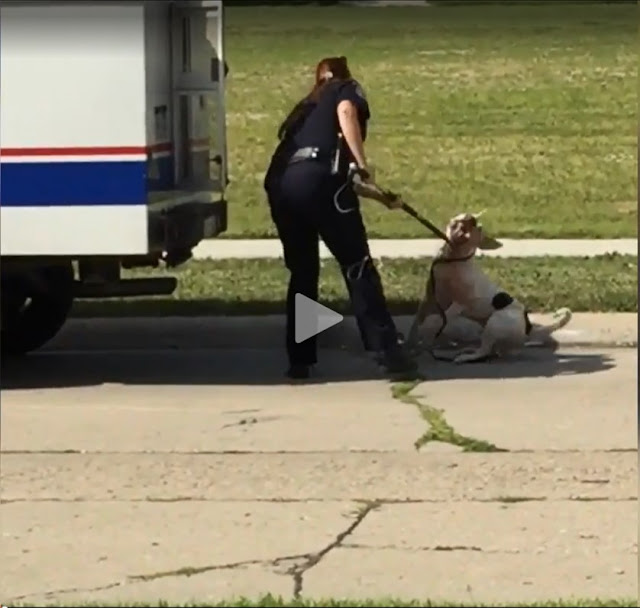 An animal control worker wrangles a pit bull wearing the blood of a nine year old girl. "Her face was pretty much ripped open," Pino said. "And her scalp as well, and she was bleeding profusely." 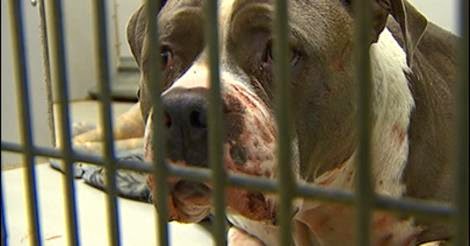 A cute American Pibblely Poo Bulldog was inspired somehow to enact on his D.N.A. 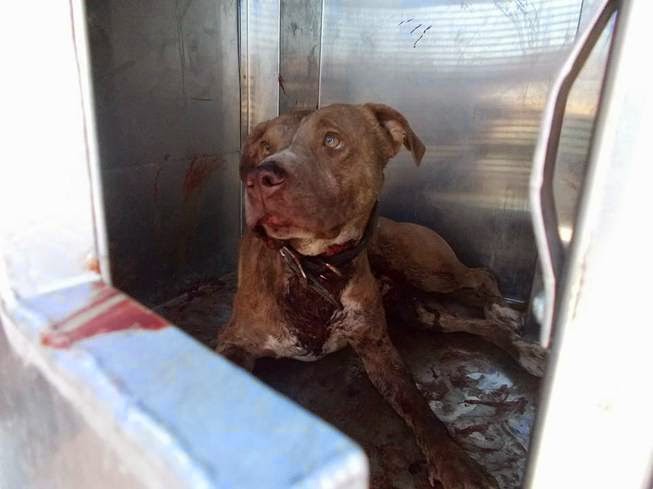 Did you know that pit bull advocates suggest that they are the only dog that was purposely bred for "non-human" aggression?  This pit bull killed a human. 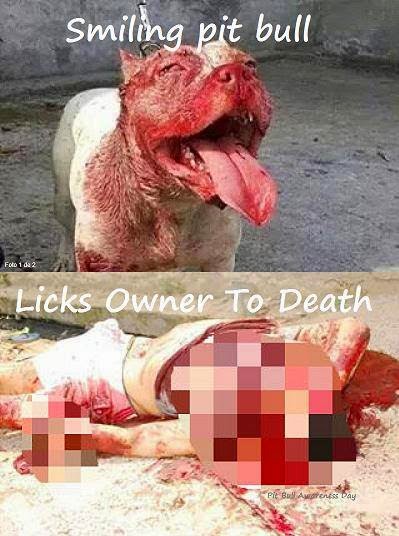 This one from Bahia, Brazil. 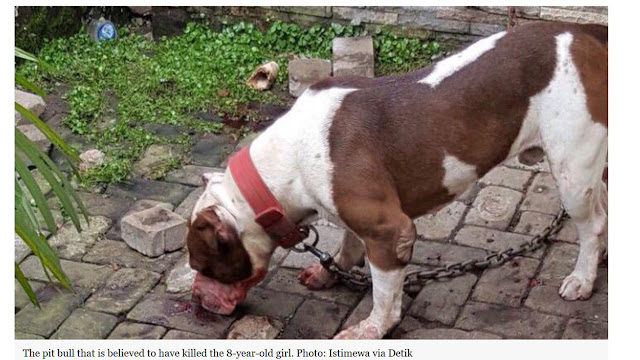 It is likely that Pit bulls in Indonesia kill more children than coconuts do.


We are asking for information about the following photos.   This post was made at the request of several BSL advocates to keep records of photos of pit bulls captured post maul.   We are finding it to be an overwhelming task to keep up. 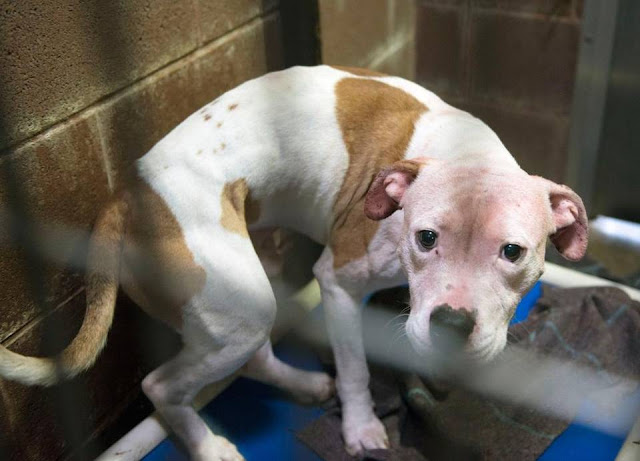 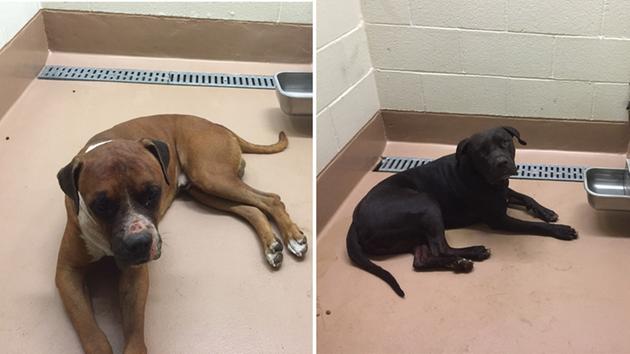 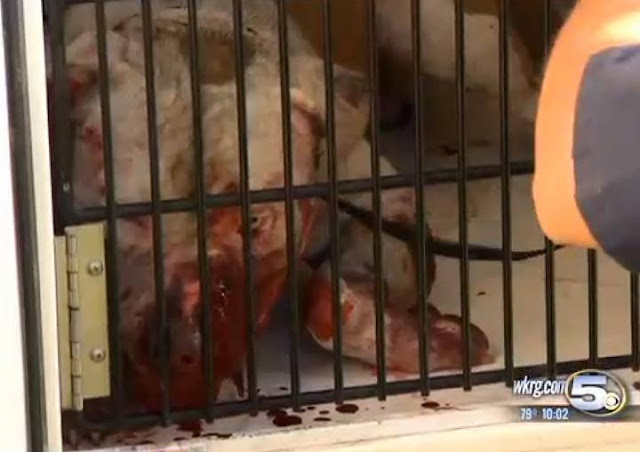 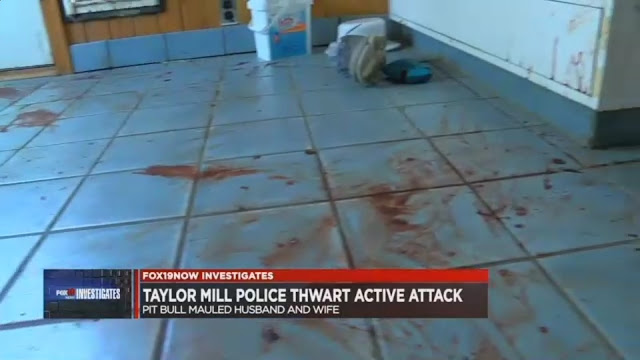 Bloody scene compared to the Manson Murders  created by Rocky, beloved family pet of four years, in TAYLOR MILL, KY, July 13th, 2018.
Posted by Meals on Wheels at 11:20 AM No comments: